Forced from their previous meeting place by the offensive odor of a nearby stable, the Masons of Sunnyside Lodge #163 scrambled to find a more suitable site for their meetings in late 1917. By fall 1919 ground had been broken at the buildings now iconic SE Hawthorne & 39th Avenue location, but it wouldn’t be until 1922 that the famous brick building would stand newly completed. For the next 70 years, the Hawthorne Masonic building was a home for the Sunnyside Freemasons until membership began to decrease in the 1970s and the Sunnyside #163 Masons merged with a neighboring Masonic Lodge and officially moved buildings in 1996. To the Freemasons of 100 years ago, the design and construction of a Lodge was an all-important matter as the Lodge represented the Mason themselves. The iconography of the Masons is still visible today in the columns near the entrance. Twin Pillars are one of the oldest and most widely-recognized Masonic symbols, and are a historical reference to the pillars Jachin and Boz, constructed for King Solomon’s temple in 832 BCE.

The past 20 years have brought untold growth and change to the space that for over 70 years served just a single purpose. The Masonic Building has played host to a multitude of venues over the last two decades, including two pubs-The Blarney Stone Pub in the late 90’s and Conan’s Pub in the early 2000’s, The Arista Ballroom and Benny’s Comedy Club, The Lucky Strike Restaurant, an art gallery, and a record shop, Chaos Existence. Though the Hawthorne Masonic Building’s infancy found its halls filled with secretive meetings and the sound of tight-lipped greetings, the building’s past 20 years have transformed it into a beacon of the Portland artistic community. In 2005, The Hawthorne Theatre and the Hawthorne Theatre Lounge officially opened their doors and became part of this buildings rich historic tapestry.

The present day Hawthorne Theatre is one of the few places left in an ever-changing Portland to see all-ages shows, and hosts everything from metal shows to dance nights, from comedians to art shows, and everything in between. The size of the Theatre is a big draw for up-and-coming acts on the edge of breaking out, as well as legacy acts that enjoy playing a more intimate venue for die-hard fans. The interior of the Theatre holds a large stage, an underage section toward the front and a 21+ section in the back with a bar, and a large balcony that provides excellent views of the stage.

The grandeur of 100 years ago is most noticeable in the Lounge, which features lush purple & gold wallpaper, floor to ceiling windows draped in velvet curtains, and Masonic imagery visible on the wall behind the bar. The lounge is a 21 and over space that hosts local bands, up-and-coming acts, burlesque shows, and spoken word nights.

The contrast between contemporary musical acts playing in a building steeped in history is part of what makes this venue so unique. In a city that, in the last few years, has been plagued by the demolition of old buildings for the construction of high priced luxury flats, the Hawthorne feels distinctly Old Portland. 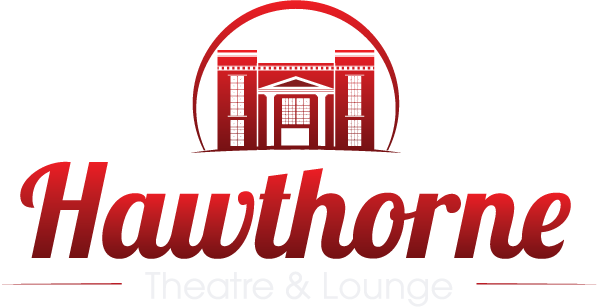